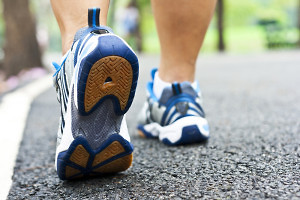 Despite dark evenings and cold weather, the Consultwebs team has started the new year off on the right foot. And every step counts because team members are tracking their exercise with Fitbits to win prizes in a company-sponsored fitness challenge.

Since January 1, participating team members have logged every move they make as a part of the Fitbit Corporate Wellness Program. In December, Consultwebs purchased a $129 Fitbit Charge for each team member who wanted to take part in the New Year’s challenge, allowing a break-in period for them to get used to the activity trackers before the competition started. 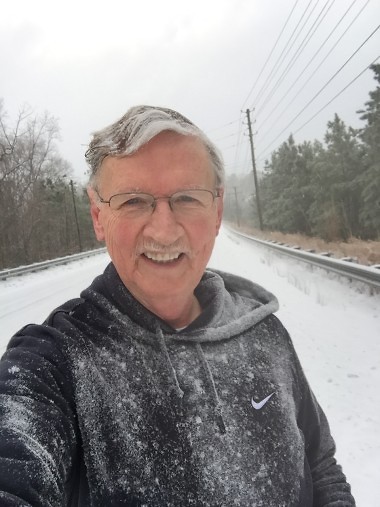 Not even snow and ice has kept Consultwebs CEO Dale Tincher from his regular walks. Dale leads all Consultwebs steppers through the first month of the competition with 486,590 steps in January — the equivalent of more than 227 miles.

HR Director Jennifer Hartman suggested the challenge, which is designed to get everyone moving more. “Our team has enthusiastically responded to the program. Forty-five team members have signed up. Several expressed their appreciation and excitement about the program,” Jennifer said.

Although physical restraints are not typically used to keep team members at their desks and on task, the nature of the work tends to be sedentary. Consultwebs Executive Vice President Magnus Simonarson sees the Fitbit challenge as a way to change that.

“A problem with office and computer-related employment is that health can be neglected. We care about our team’s health and wanted to offer something to counteract this,” Magnus said.

Currently underway, the first quarter goal challenges team members to rack up a total of 750,000 steps between January 1 and March 31. That averages out to 8,242 steps per day. Participants who reach that threshold will receive a $50 cash bonus in April.

In addition, top steppers will win prizes. The team member who logs the most steps during the first quarter will win an iPad Mini. The first runner up gets a $100 Amazon gift card, and the second runner up takes home a Kindle Fire. The consolation prize for all participants is better physical and mental health.

“The program is a huge success,” CEO Dale Tincher said. “We have a competitive group of team members and have a spirited competition going to see who will have the most steps each day.”

Dale also (kiddingly) said, “I worry about one team member, however, I have suspicions that Mike Zellmer has put his Fitbit on his dog and it is running wildly through his neighborhood. I don’t see how anyone could log that many miles.”

The good natured banter has extended into email, instant messages, and other communications between team members bringing moments of both comedy and motivation.

To multiply the benefits of the program, many team members have also been raising money for various causes through the Charity Miles app. The app pairs sponsors with walkers, runners and cyclists to award funds to charitable organizations based on the amount of activity from the user.

The user selects an organization from the list and their exercise turns into dollars for a charity. Consultwebs team members have raised money for Alzheimer’s Association, St. Jude Children’s Research Hospital, Wounded Warrior Project and others with the support of sponsors such as Johnson & Johnson, Humana, Chobani, Kenneth Cole and others.

As of the last week in January, the Consultwebs team had taken 6,912,943 steps for a total of 3,121 miles – roughly the cross-country driving distance from Miami to Seattle. And the challenge has just begun.

"Thank you for your work on my Website design and marketing. As you know, prior to working with you, I was with a large legal vendor and was not receiving any inquiries or cases from my Website. Continue reading →"