While English is the most prevalent language in the United states, according to the American Community Survey conducted in 2011, over 60 million Americans do not speak English at home. The majority of them speaks Spanish. Of those people, 25.1 million reported that they also do not speak English ver[...] 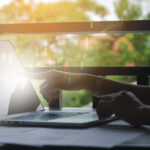 As the world continues to become more technologically savvy and aware, control shifts from the marketer to the consumer. In the past, when working on a new page for a site, marketers would find the keywords that they wanted to rank for and then create a separate page of content for every keyword on [...]