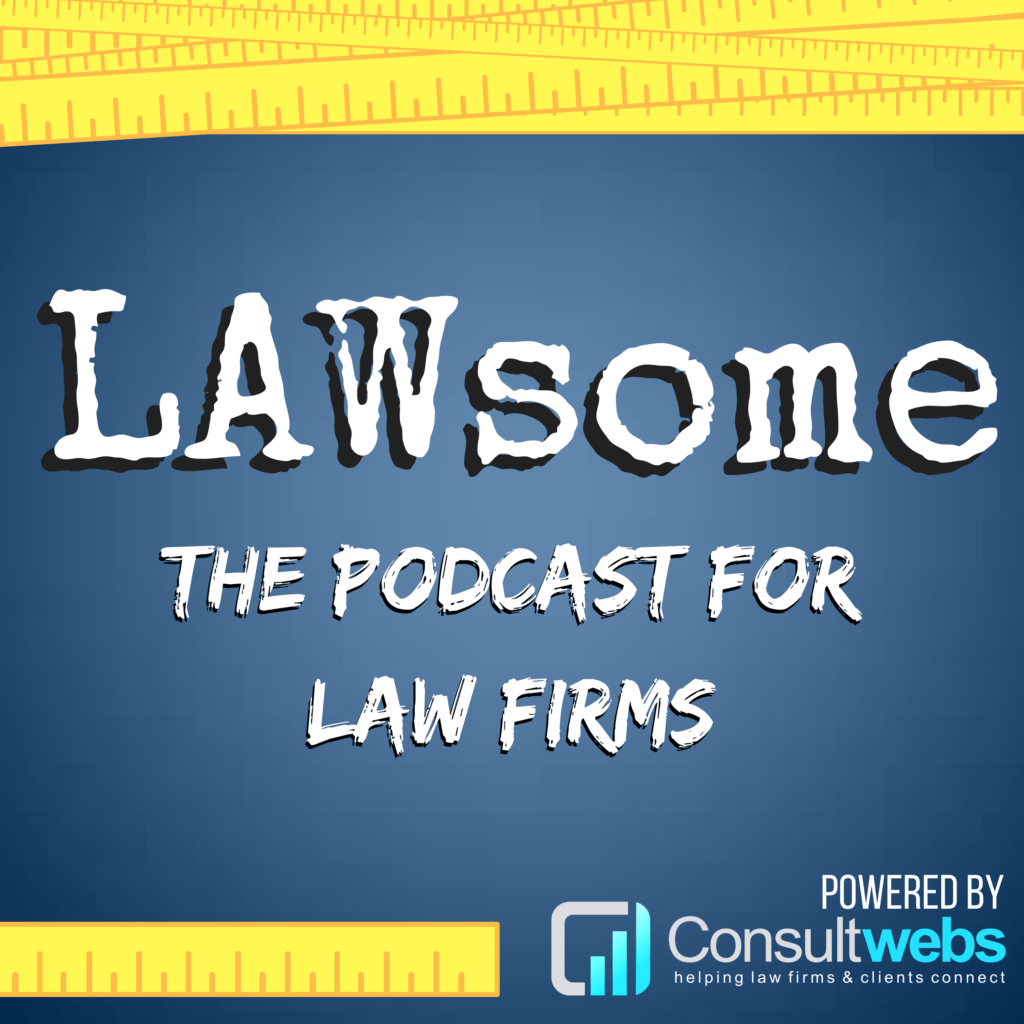 Consultwebs podcast, LAWsome, sat down with University of Denver law professor Bernard Chao last month to talk about his career, his work using big data to test trial strategies, and how lawyers can start incorporating legal tech into their law firms.

In the excerpt below, Professor Chao talks about cognitive biases and how these affect the way judges and juries behave in trials. He then explains how lawyers can use Big Data to test differing trial strategies and increase their chances of success. To listen to the full episode, CLICK HERE. 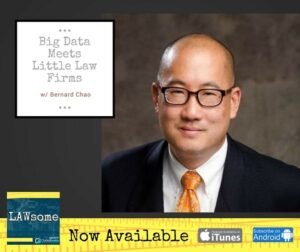 Jake: Tell us about your work at the Empirical Justice Institute specifically, how does your work help combat cognitive biases that you found in legal decision making?

Bernard: So, let me give you an example of a cognitive bias that we were pretty sure was there, and the possible solution. The first things you’ve gotta identify; that decision making is being made in a way that maybe we’re not happy with. Let me give you a judicial example in a paper that’s coming up, which is, we’ve found that, for something to be declared a search that is protected by the Fourth Amendment, it has to violate our reasonable expectations of privacy, okay. That we have all sorts of new searches going on that the police and law enforcement are using, right? Like, we have drones over your yard or we may have chains that spoof cell towers, all those kinds of things. And there’s a fundamental question of whether or not those should be subject to the Fourth Amendment, whether police has to get a search warrant or probable cause, or whether they can just do it as a matter of course, right?

So judges make those decisions. They make those decisions based on whether or not they view this activity to violate a person’s reason for expectation of privacy. But they do it in a particular context. They usually do it in the context of suppression hearing, which means evidence of wrongdoing has already been found, the cocaine, the packet of cocaine is there, the gun has been found. Right? So, it’s hard for them to separate the context of what…they found a gun so it must be a search, right, or it must not be a search. We don’t wanna have a requirement of a search warrant in that context because, gee, we know we found some really damning evidence.

So, that is what is called hindsight bias. If they actually allow the evidence to affect whether or not they think, you know, putting a drone over your backyard at 20 yards height is a search or not. That’s not the kind of decision making we want. We want them to say that that’s a search or not regardless of what evidence is found, right?

Bernard: Because the next time, someone may not have that information, police is still gonna use that drone. So, A, we found that kind of cognitive bias study by comparing responses when we put incriminating evidence in, and we take incriminating evidence out. The results weren’t the same, right. B, then we can suggest ways to sort of change that. Now, some of these suggestions or recommendations are fairly radical, to be honest.

We could say, “Don’t tell the judge whether something was found or not, right?” Like, “Let’s blind them. Just say this is…” Let’s just determine without that understanding whether or not drones at 20 yards above your backyard while you’re at risk, make that decision now. And we’re not gonna tell you if they found evidence. That would be a pretty radical suggestion, right? But those are the kinds of things we’re looking.

I mean, there are a lot of other arguments. In another case, we sort of looked at whether what are called per diem argument’s affected, how they affected the jury to, say, assess damages and cases. And so, one of the hardest things that the jury does is figure out what the right amount of damages are for non-economic damage, right, pain and suffering. And one of the… So, you know, in some courts or some jurisdictions, you’re not allowed to put up a number. The plaintiff is not allowed to put a number.

And so, in those cases what they often do is… and what I mean by number, they can’t say, “I want $5 million.” They have to let the jury figure it out.

Bernard: What they do is they try to depict pain and suffering in very granular terms. Like to say 10 years. You know, 10 years that’s 10 years with 365 days, that’s 3650 days of pain and suffering. It keeps on going actually. It goes down to the minute, right? Imagine, five million minutes with back pain. You need to compensate the plaintiff for that.

And some courts have said, “No, no, no. That’s totally unfair.” Right? That’s going to take advantage of…that’s somehow gonna influence the juries in ways that are…they dramatically inflate jury rewards. And we actually didn’t find that, which was a little bit surprising.

Now, our data showed, at a non-statistical significant level, that damages did go up at some modest amount, you know, but it wasn’t like 10 times or, you know, 20 times. But what we did find, which was really interesting, is that when we provided the argument, holding everything else constant, liability verdict increased for the plaintiff, which is sort of a really jarring result. In other words, all you do is make an argument about the gravity of the injury, or actually how you describe the gravity of the injury, you actually win more often.

So, for judges, we would suggest that maybe per diem arguments are as inflammatory as they are worried about. Sometimes, they borrow those arguments. We don’t have a right answer for what the baseline is for the right damages and pain and suffering. That’s a problem. We do know that this kind of argument isn’t as crazy or doesn’t create the crazy effect in juries that we expected. . .

To learn more about the Empirical Justice Institute visit their site HERE.

To listen to the full episode, visit the LAWsome Podcast.

Want More? –> Follow Us on social media to get the latest info on legal marketing from Consultwebs.