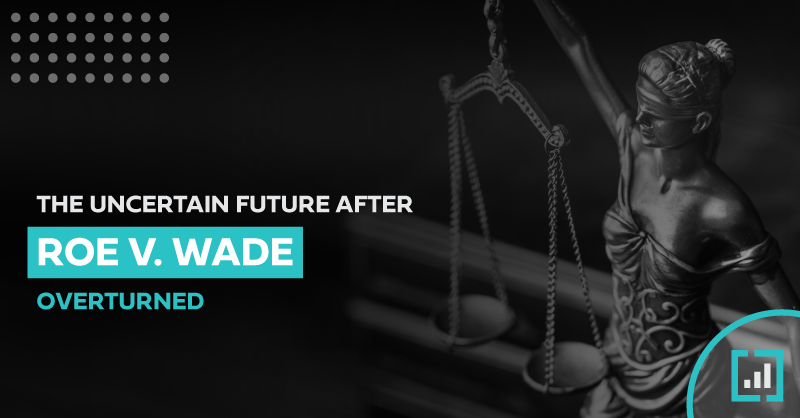 You would be hard-pressed to find anyone who is a regular consumer of news that isn’t up-to-speed on the Supreme Court’s recent ruling in the Dobbs v. Jackson case that overturned Roe v. Wade. From the leaked draft opinion in May to the ruling on June 24th to today, and no doubt beyond, the effects of the decision will be strongly felt and widely discussed. An immediate effect, of course, was the turmoil that erupted at the state level as individual states began to cope, some with the implementation of “trigger laws,” and others grappling with next steps. With individual states struggling with the repercussions of the decision and public protests on both sides of the issue, the heated feelings are unlikely to subside any time soon. Many of the “what-ifs” that were being asked before the Court’s decision have become “what-now’s.”

Preparing for Criminalization of Abortion

The National Law Review has, before the anticipated ruling and since, been replete with articles discussing both the what-ifs and the what-nows, as well as others urging a call to action for lawyers themselves.

For example, in the article “Preparing for the Demise of Roe v. Wade and the Criminalization of Abortion in Some US States: Practical Considerations for a Post-Roe World,” the authors state that “the effect of this decision on US companies cannot be understated. Any organization whose operations touch family planning services in any way should immediately examine their precise services, geographic footprint, corporate structure and organizational priorities…Employers, insurers, and other health plan service providers that cover or provide access to abortion services or benefits should also immediately evaluate their operations and the potential risks of offering such coverage or access in certain states.”

This statement makes clear the immense scope of the change in law, as it is difficult to imagine companies that won’t be required to make changes to comply and protect themselves. The article concludes by encouraging companies “to involve in-house or outside counsel directly in strategy and planning discussions so they are protected by the attorney-client privilege as much as possible. Companies should also be thoughtful about public statements (internally or externally).”

The authors of another article, SCOTUS Overturns Roe v. Wade – What Employers Should Consider concurring, saying “There is no question that the Dobbs ruling will impact employers in areas including discrimination, health confidentiality, workplace conduct, employee benefits, and regulatory compliance.” The legal stakes are high for companies as they navigate individual state laws and the complexity of compliance, especially for those that conduct business over larger geographic regions or even nationally.

However, these discussions seem far removed from the intense emotions of the individuals on either side of the abortion issue. What some individuals perceive as a win with the overturn of Roe v Wade is a gross infringement on the personal rights of others. The ACLU was quick to denounce the decision, saying “On June 24, 2022, the U.S. Supreme Court issued a shameful ruling overturning Roe v. Wade, the nearly 50-year-old landmark decision recognizing the federal constitutional right to abortion. This decision is an unprecedented attack on women’s rights and reproductive freedom, and the effects will be immediate and far-reaching.”

The Stance of The ACLU

Another ACLU statement on the decision points to the unequal effect of the ruling on those who are already marginalized in our society: “The impacts of pushing abortion out of reach fall disproportionately on the same women and other people who have always faced systemic barriers to care — communities of color, people living on low-incomes, undocumented immigrants, young people, the LGBTQ+ community, and people with disabilities.” The ACLU maintains its commitment to reproductive freedom despite the recent ruling and has pledged to continue to fight, with lawsuits in already set in motion to challenge individual states’ restrictive abortion laws.

Not only is the ACLU committed to continuing the fight for reproductive freedom as a civil liberty, but some religious groups are also mounting legal challenges to their state’s abortion laws. As NPR reports, “A new Florida law prohibiting abortion after 15 weeks with some exceptions violates religious freedom rights of Jews in addition to the state constitution’s privacy protections, a synagogue claims in a lawsuit….The lawsuit filed by the Congregation L’Dor Va-Dor of Boynton Beach contends the law that takes effect July 1 violates Jewish teachings, which state abortion ‘is required if necessary to protect the health, mental or physical well-being of the woman’ and for other reasons.”

In terms of the legal profession itself, it is not hard to imagine scenarios in which corporate, civil, family and even personal injury lawyers have a role to play as the repercussions continue to unfold. From the reactive (companies shifting gears to accommodate and comply with legal requirements) to the proactive (ACLU and religious objections to the demise of Roe v. Wade), overturning what was once described as “settled law” by some has resulted in a multi-leveled dynamic shift. Although the shock wave effect may have been predictable, it is unclear that the long-term results are so predictable, and will continue to be “unsettled” for some time to come.

If you are interested in connecting with your clients about current legal issues through your blog, our team of seasoned experts in legal content creation is ready to help.