Best of the Best Attorney Advertisements 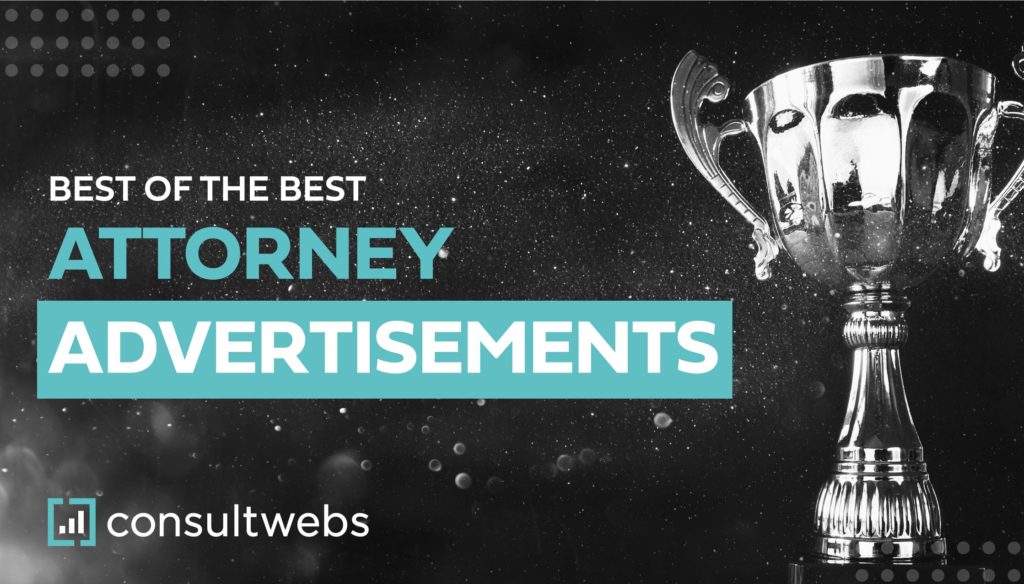 Attorney advertisements. They are everywhere: on television, billboards, buses, and the subway. Often billboards give a simple call to action, and commercials can play on emotions or make you giggle. Sometimes it seems like many of the advertisements run together, using duplicate or similar tag lines, cheesy graphics, or even the same office setting. With little to no originality, this can make it difficult to remember a lawyer’s name when you need legal help the most.

However, there are many attorney advertisements out there that are so good that we remember them and, most importantly, the attorney responsible for them. Whether the ad is for a car accident attorney or a divorce lawyer, the ones that get our attention are unique, memorable, and well produced.

Attorney advertising is a seemingly tough marketing challenge to get right for most law firms. Lawyer ads are viewed by lawyers themselves as an abomination that stains the public perception of the legal profession.

Paradoxically, a fair amount of lawyers believe that attorney advertising is a fine use of marketing resources when implemented with a measure of decorum. 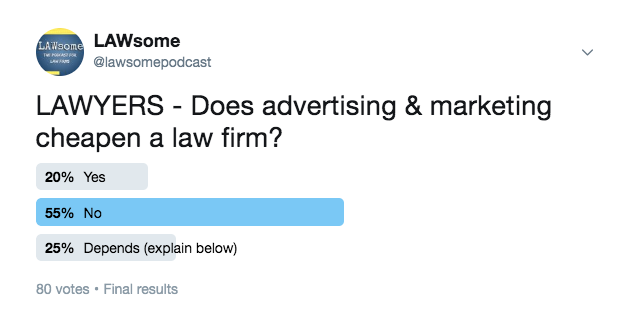 You can see the confusion building, right?

So in an effort to set the record straight about what good attorney advertising actually is, let’s pop the popcorn and recognize a few choice examples of effective legal advertising we’ve found across the web. Consultwebs is proud to present our choices of the Best of the Best Attorney Advertisements!

Since they are new and without precedent, disruptive legal services are smart to use traditional advertising, like video, to bolster their brands.

Let’s look at a couple of exemplary selections that fit this bill:

Hello Divorce, a legal service from the Levine Family Law Group, has made quite a splash in the legal community. Not only have we been lucky enough to sit down and interview the founder of Hello Divorce, Erin Levine, for our podcast, (full disclosure) Consultwebs has also been helping promote her videos online, with great success.

And with a hip, disruptive, honest ad like this, the work isn’t that hard!

eJust, a legal software company in France is aiming to revolutionize the way dispute resolution is handled in the country. The advertisement shown above is the work of world-renowned ad agency Saatchi.

We’ve said it before, and we’ll say it again – if you haven’t seen a Texas Law Hawk commercial, you are really missing out. Allow us to introduce you to Bryan Wilson, America’s Loudest Lawyer.

It’s fascinating to see the quality and investments in these three examples of “alt-law-firm” advertising, versus their “traditional-law-firm” counterparts. These two ads are simple, creative, and expensive looking.

And, according to this paper entitled; “The Waste in Advertising is The Part That Works,” that last point about expensive looking, is important.

The high quality of the ads, and really the fact that they’ve been invested in by the brand, demonstrates these disruptive companies have means, and thusly, are probably more likely to get business versus another non-advertising law firm or legal software company that lacks distinct advertising, or costly signals that assuage any doubt of quality.

Battle of the Big Game Ads

Burning up millions of dollars for a 30- or 60-second Super Bowl spot is a legend in legal marketing and advertising communities. The worries seem legit – expensive, targeting is way too huge, without a branded number we can’t track calls, there is no way to measure ROI for something this massive!

Along with sending a costly signal across the bough, these Big Game campaigns are meant to build memorable and long-term connections with the law firm name. Ads at this scale are only meant to do one thing – plant a widely distributed, memorable seed today that grows leads and cases tomorrow and into the future.

Here are two contrasting examples of how law firms are approaching this advertising playing field:

The strongly branded form of “Kentucky Justice” wielded by personal injury attorney Darryl Issacs, has been a Superbowl staple on TV sets all over the state for years.

The memorable branded asset game is strong with this law firm, and their 2020 TV spot, was definitely a force to be reckoned with.

Harris Law Firm, a Southern California PI firm with a decent track record of great-looking advertising, created this subtle spot for the game in 2019. Again, the quality of the ad is high, and rather than speak directly to the legal services offered, this ad focuses on the clients and general population of the area. Very simple script, great voice-over, elegant camerawork.

Jokes, laughter, and the associated emotions around humor have a powerful ability to impact memory and leave impressions on audiences when artfully (and even inartfully) applied in advertising.

A strong joke or a dynamic contrast in logic lives on in your brain after you interact with it. Whether it’s absurd or an unexpected turn of cliche, humor plays with your expectations and so, trails off in your memory as you attempt to figure out why it works.

Here are two fantastic and memorable examples of humor in attorney advertising:

Mariyin York, a divorce attorney and men’s rights advocate, has been using humor in her advertising for years, and her latest ad is no exception. Provocative, hilarious, something to stir up some conversations – if we’re talking good attorney advertising, this checks all the boxes!

Ryan Chenevert, a PI lawyer in Louisiana, has, in our estimation, mastered the art of satire with his “Bad Lawyer ad.”

There is something brilliant and focused about this seemingly absurd ad that captured our judges’ hearts.

And it’s funny because one of the earliest attorney advertisements ever made was not a serious ad. It was self-deprecating, made fun of lawyers and judges, it was truly hilarious, and so extremely memorable that it spawned imitators.

In one of the very first examples of attorney advertising on TV, this Mumbo Jumbo ad from Leonard W. Moen & Associates is not only iconic for its historic effects on changing legal advertising mediums, but the ad concept is so funny, we think it has spawned imitators at a national level.

First, check out the original ad:

Now see if we’re crazy to think that TurboTax may have been inspired by a small law firm, namely Leonard W. Moen & Associates, when it aired this Super Bowl spot in 2019:

We like to think that when it comes to advertising for attorneys, no matter the medium, it’s possible to not only make something that generates revenue but something that can set creative advertising precedents going forward. This is a perfect example of effective and impactful attorney advertising, and it’s one of the first-ever made.

If these ads prove anything, the bar for making good lawyer ads is already high. We hope these examples inspire you to make some great ads for your law firm!

No matter the marketing medium, paid or organic be it online or off, law firms that choose to advertise their firms need to have strategic goals and partnerships with agencies they can trust to deliver the results they’re desiring from their investments. Consultwebs has been exclusively helping law firms create marketing strategies that incorporate traditional and digital media since 1999.

If you’re interested in video advertising or marketing for your law firm, get in touch with us today to see how we can help.