Disruption Is Coming To The Marketing Industry Via Blockchain And Cryptocurrencies 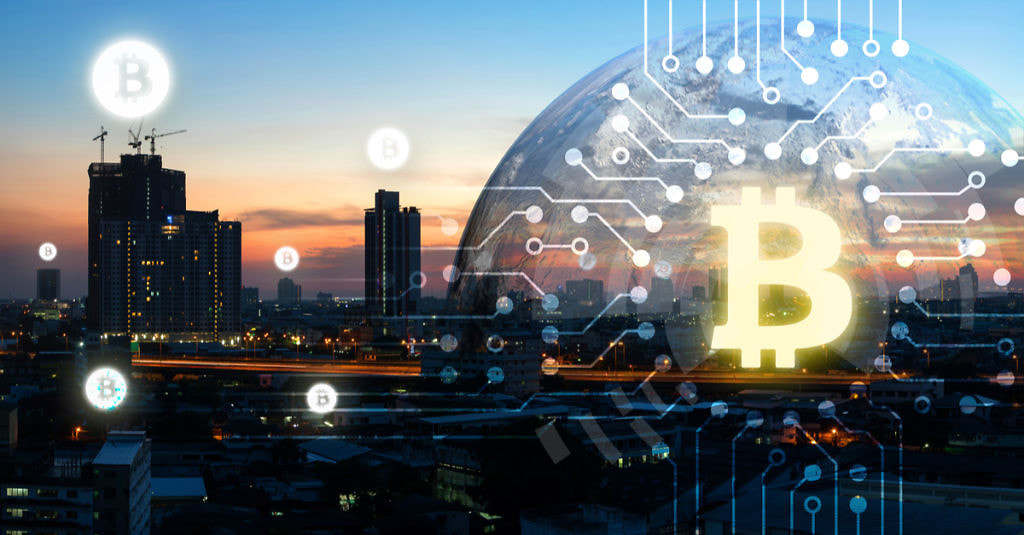 Cryptocurrency and blockchain are two technologies that have huge potential to disrupt many industries, and have already begun in some.

You may ask, “What is blockchain? What companies are using it? How exactly could they disrupt the marketing and advertising industries?” We will cover all of that and more below.

The easiest way to explain blockchain is to think of it as a file that has been duplicated thousands of times across computers in a network. The network is designed to update that file regularly, so as more and more files are added, the blockchain grows.

The blockchain is a shared, continually reconciled database, which is not stored in any single location, allowing the records to be kept truly public and easy to verify. Therefore, there is no centralized version for anyone to destroy or corrupt. It is hosted on millions of personal computers simultaneously, and the data is accessible to anyone on the internet.

To dig a little deeper, watch this video from CNBC that explains what blockchain is:

Each transaction has an associated key or string of numbers that corresponds to the user and their cryptocurrency wallet, which is only accessible by that user. There is also a public key that is used to reference the activity of a user on the blockchain

Everyone has the same access to the data on the blockchain so everyone can see who bought what and when. This allows for the same targeting to happen that we see today in marketing. Think Facebook Ads or Google Ads and how we target specific users. The difference is the data is not owned by any specific entity.

Cryptocurrency is very volatile, and its value can increase or decrease quickly and gain or lose huge amounts of value. Bitcoin went from around $1,000 to $20,000 in just a few months, and then lost almost $6,000 in value in a two-day period.

The biggest impact we are seeing from blockchain on industries right now is the ability to go directly to the source. An example is a food-oriented blockchain company that is looking to cut out all the middlemen and allow consumers to go directly to the food manufacturers. Applying this same theory to your advertising efforts in order to post an ad on a billboard or website may cut the price and even the playing field.

These changes won’t happen overnight and will not eliminate all the middlemen, since some will provide service around the new transaction model. Think of digital marketing agencies. They manage and run your ad campaigns, design your websites, implement search optimization and other marketing strategies. Cutting out these other valuable services would not be wise. However, if two parties are now able to transact with each other directly, no intermediary is required, and they can do so at a lower cost with lower risks and quicker, then full advantage should be taken.

So now that you have a rough idea of what blockchain is, let’s look at some companies that are using this technology in a way that could disrupt the industry.

Publiq is a distributed media ecosystem. Participants have free expression and enterprising with full protection of their identity and intellectual property rights. The wealth generated is distributed to the network participants. Authors and participants are exclusively judged and rewarded by the people on the network.

Blockchain Insights Platform is a blockchain platform by Comcast in partnership with Disney, NBCUniversal, Cox Communications, Mediaset Italia, Channel 4 and TF1. Its goal is to make the advertising process more efficient and transparent by having marketers and networks match customer data anonymously to determine what network program will have the best result for an ad.

New York Interactive Advertising Exchange will allow people to buy and sell future ad inventory. Its goal is to automate contract execution when certain conditions are met. It will start with digital ad buys. So it’s basically a marketplace for brands, agencies and publishers.

BitTeaser is an ad network that allows users to place ads and pay via cryptocurrencies. Ad purchasing via their platform removes many barriers for small publishers, like bank account details and other identifiers. With the larger advertisers, it removes middlemen between the buyer and seller. This will lead to lower fees and access to more businesses.

Brave and Basic Attention Token (BAT) work in conjunction to provide a new model for advertising. The browser can track which sites they are interested in anonymously. It then pays BAT to publishers when an ad is viewed and to users who view the ad. Users can then donate tokens back to publishers they love to support them. This is all done on the blockchain, which makes it private. The Brave browser blocks privacy-violating ads and trackers, protecting your privacy and saving you time and money.

Roadblocks And Arrival Of Blockchain Disruption

Many problems still exist in implementation and adoption for the majority of the systems, so it will not happen overnight. Some say we are three to five years away from seeing full disruption from these new companies and technologies.

Scaling is a major issue right now. We need more user adoption and people to run the transactions on the backend on many of these blockchains. We are still in the early stages. Ethereum can process 20 transactions a second, which is nowhere near what is needed for real-time bidding to function effectively.

So, while we may not see this technology impact us immediately, it would be wise to follow it. You can also look for ways to implement blockchain to stay ahead of the curve. Can you start accepting payments via cryptocurrency and be a leading technology innovator in your industry?