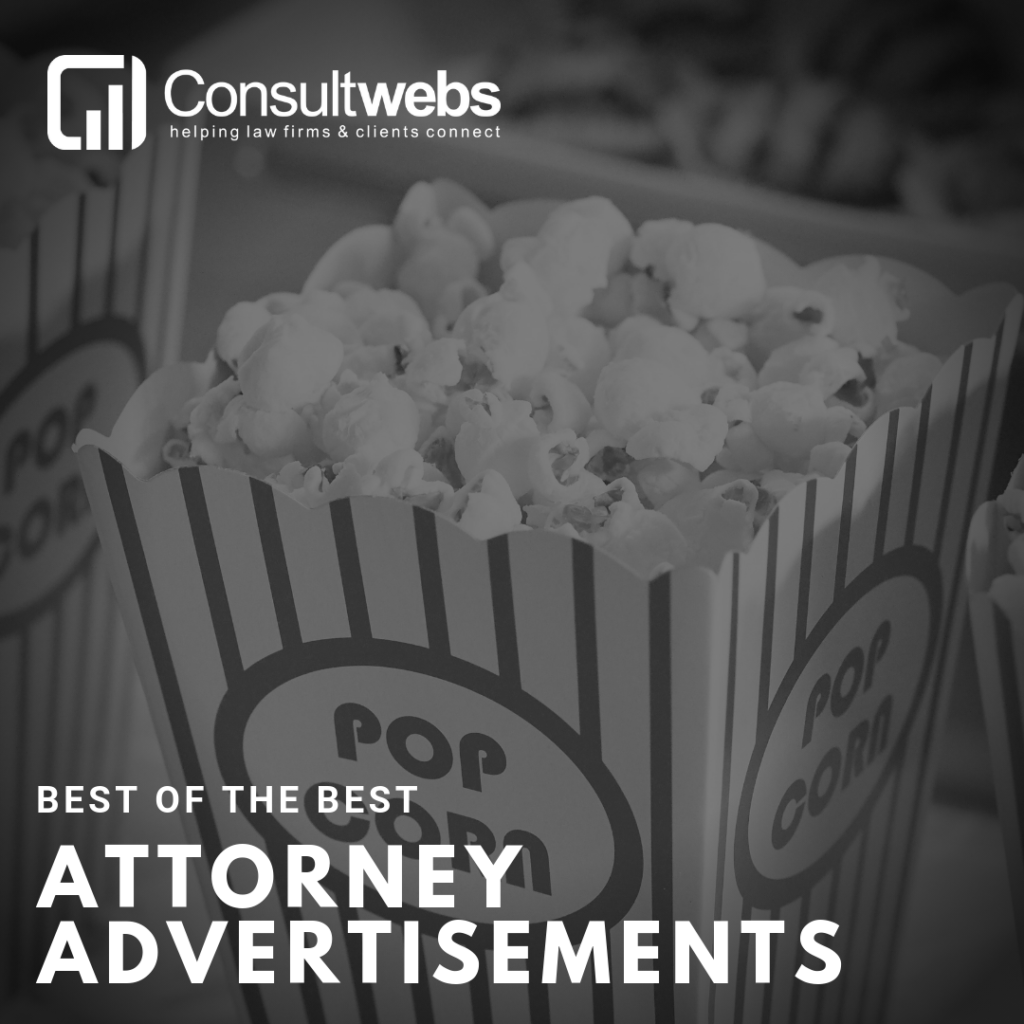 Who doesn’t love a good, unforgettable lawyer advertisement? Our Best of the Best Attorney Advertisements post from 2016 was a surprising fan favorite, so we thought we would serve you up some of that magic again. The best of the good. The best of the bad. The best of the downright hilarious. These videos are sure to make you remember the lawyer & their firm, one way or another. . .

Most Likely To Make You Cry

Well, the category doesn’t mention what kind of tears you’ll be crying. Maybe you cry because you want the madness to end! Bart Durham Injury Law released the epic video-series “Coach Foster Fights Back,” almost a decade ago and it still has people ranting and raving!

This series forms a nearly 30-minute soap opera-type story. While some of the performances can be described as strained, the grand finale video summarizes the series the best: “Love it or hate it, we will all remember it.” And, isn’t that the point of advertising? Check out the comments from the peanut gallery of Reddit on this ad campaign;

Some attorney advertisements are so impressive that even the toughest critics have a hard time finding a flaw with them.

Take this commercial from LA criminal defense attorney RJ Manuelian. It is so good that I nearly mistook it for a commercial for a new TV series. From the beginning, I want these guys on my side.

Our friends over at Crisp Video know how to make a powerful legal video. One of my favorites comes from Consultwebs client Belluck & Fox, a mesothelioma firm located in New York.

I’ve said it before, and I’ll say it again – if you haven’t seen a Texas Law Hawk commercial, you are really missing out. Allow me introduce you to Bryan Wilson, America’s Loudest Lawyer.

As the attorneys at Benton Lloyd & Chung say on their disclaimer at the end of this ad, “The choice of a lawyer is an important one and should not be based solely on an advertisement or mediocre basketball skills.” I’d hire them, even if it were to just to play them in a round of H.O.R.S.E.

Some of the ads we reviewed didn’t really fit into any genre, but because they were so creative and left such an impression, they warrant their own recognition in the Honorable Mention category.

They say imitation is the best form of flattery. I wonder if the “Game of Thrones” creators would say the same about this Daryl Isaac commercial out of Kentucky. Daryl’s commercials may not win an Emmy anytime soon, but as a former Kentucky girl, I can say without a doubt that I remember his name to this day.

Testimonials go a long way, and oftentimes attorney commercials focus too much on the monetary need of the client. While this is important, it isn’t everything. This video for Holliday Karantinos has me sold on their ability to help me recover emotionally and physically, as well as financially.