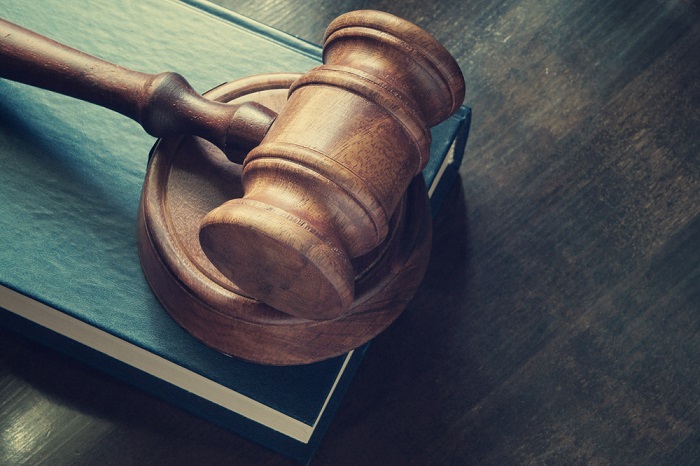 Many lawyers have fully embraced use of the online legal directory, Avvo. They may highlight on their website that they have a five-star Avvo client rating or a 10.0 Avvo rating. They may also use marketing services such as Avvo Advertising or Avvo Pro.

In the past, we have published articles on this blog about how Avvo can be effectively used as part of a law firm’s overall online marketing campaign. (See, for instance, “Tips to Boost Your Avvo Attorney Rating.”)

However, since Avvo.com launched in 2007, the Seattle-based company has also faced its share of critics. This is likely due to Avvo’s “like it or not” approach, as Catherine Sanders Reach of the Chicago Bar Association describes in a comment to Crain’s Chicago Business.

Avvo’s business model has faced legal challenges as well. While the company has successfully fended off those challenges in the past, two new ones have surfaced: Putative class-action lawsuits filed in California and Illinois.

Essentially, both lawsuits allege that Avvo has been using the identities and likenesses of attorneys who do not advertise or market on Avvo.com to generate revenue without the attorneys’ consent.

You should watch these cases as they develop to see if they end up striking at the heart of Avvo’s business model – or fare as poorly as previous claims against the company.

A San Francisco attorney, Aaron H. Darsky, filed the first lawsuit in December 2015 in the U.S. District Court for the Northern District of California. (Docket No. 3:15-cv-05495-HSG). You can read a PDF of the complaint here (as posted by the University of Santa Clara School of Law).

As both lawsuits note, Avvo has compiled a free online directory of lawyers from states across the country based on information from public records such as bar admissions. Each listed lawyer receives an Avvo profile page, regardless of whether the lawyer has asked for one. A lawyer can claim the profile and manage the information that is listed or simply leave it alone.

Instead, according to the lawsuits, Avvo makes money by selling advertising and marketing space on the lawyer profile pages. The two marketing services that are specifically at issue in the lawsuits are:

Bernstein’s lawsuit, in particular, claims that Avvo Pro is meant to “coerce” a lawyer into paying a marketing fee so that Avvo “will not misappropriate” the lawyer’s identity or sell advertising space to the lawyer’s competitors.

Both Darsky and Bernstein state in their complaints that they have subscribed to neither Avvo Advertising nor Avvo Pro.

According to Bernstein, who practices family and residential real estate law, the attorneys who were sold advertising space on her profile page practice “in the same geographic location and in the same practice areas” as her.

In his complaint, Darsky admits that Avvo’s attorney listings “may be a permissible First Amendment exercise.” However, he claims, “Avvo’s business practices go far beyond that mere exercise” by using the names and likenesses of the attorneys in their directory, without their consent, to sell advertising or marketing services to other attorneys.

Darsky’s lawsuit points out that, according to a July 2015 Bloomberg News article, Avvo had a valuation of $650 million and raised $132 million in funding.

“The revenues generated by Avvo come almost exclusively from its unauthorized use” of the names and likenesses of attorneys who, like Darsky, refrain from using Avvo’s advertising and marketing services, the complaint alleges.

Both Darsky and Bernstein have asserted that Avvo’s business practices violate their respective states’ “right of publicity laws:”

Generally speaking, those laws prohibit the use of a person’s identity (name, signature, photograph, image, likeness or voice) for commercial purposes without having obtained previous consent from the person.

Both lawsuits seek an injunction that would stop Avvo from using the likenesses and identities of the named plaintiffs and other putative class members. They also seek statutory, compensatory and punitive damages.

Avvo Has Fought Off Previous Lawsuits

As noted above, this is not the first time Avvo has been challenged in court.

Shortly after Avvo.com launched in 2007, two Seattle lawyers sued the company over its ratings system, claiming the company engaged in “unfair and deceptive trade practices by falsely claiming to be objective, reliable and factual,” the Seattle Times reports.

Just a few months after that putative class action lawsuit was filed, the U.S. District Court for the Western District of Washington in Seattle dismissed it, finding that Avvo’s lawyer ratings were a form of protected free speech.

Another lawyer brought a claim against Avvo in 2010. That lawsuit, which alleged false advertising and misrepresentation, was initially filed in Florida and transferred to the same federal court in Seattle where the first lawsuit was ruled on.

It failed as well. As Geekwire explains, the court dismissed the lawsuit under Washington’s anti-Strategic Lawsuits Against Public Participation (SLAPP) law, which is aimed at protecting free speech rights. The lawyer who brought the claim wound up paying legal fees and a fine.

How Will Avvo Fare against New Legal Challenges?

Unlike those previous claims against Avvo, the Darsky and Bernstein lawsuits do not challenge the company’s lawyer rating system. Instead, they attack Avvo’s business model.

So, the fate of previous legal claims against Avvo may not give much indication on how these latest court challenges will fare.

(You might want to check out an analysis of Bernstein’s right of publicity claim on Law360.com by J. Michael Keyes, a Seattle intellectual property attorney.)

Josh King, Avvo’s chief legal officer, described Bernstein’s lawsuit to the ABA Journal as being “bizarre” and “completely ludicrous.” He told the Journal that he expects the case to be dismissed. To date, Avvo has yet to file an answer to Bernstein’s complaint.

However, according to the ABA Journal, Avvo responded to Darsky’s complaint with a motion to strike under the California anti-SLAPP law. It should be noted that there is a similar Illinois anti-SLAPP law.

At Consultwebs, we won’t take a position on either side of these lawsuits or attempt to analyze the merits of the claims. However, because the cases could end up impacting law firms, including our clients who utilize Avvo in their marketing efforts, we do think it will be important to track the status of these cases in the months ahead. We will make sure to keep you updated as they develop.