What Is the True Value of Social Media ROI?

What is the real difference between a dormant Facebook page and one that is thriving? And don’t just ask the question about what the pages look like on the surface, but in regard to the return on your investment. In short, does a social media strategy with a focus on engagement produce leads? And if so, at what cost?

These questions can be tricky to answer, so we will examine this from an analytical point of view. The hard part is getting from an immaterial variable, such as user engagement, to a quantifiable, material return, such as the money your law firm earned from a particular marketing effort.

What Is Social ROI?

From a social media marketing perspective, social ROI is the number of people engaged by your law firm’s online marketing efforts in relation to the combination of labor and money invested into said efforts. For example, 500 Facebook users engaged for a $120 investment.

So, what is a good ROI when you’re measuring likes, comments, and shares and not cold hard cash?

We’re going to dive into a law firm social media marketing campaign that we’ll refer to as “XYZ Law Firm.”

August of last year marked an important turning point in XYZ Law Firm’s social media marketing efforts. Prior to August 2016, XYZ had relied primarily on non-paid posts and the occasional, although minimal, paid effort for their Facebook page. In August, a strategy was implemented that focused more on boosting key website content and dark posts, and backed these efforts up with non-boosted posts.

We need to look at three variables: change in engagement, change in leads between the two time frames, and total investment for each seven-month period.

Change in Engagement
For the first few months, the solitary goal was engagement — to get people talking to and about XYZ Law Firm, as well as about their content.

Engagement is a key part of a social media marketing effort that will ultimately produce more leads and cases. Here is an overview of the data for XYZ Law Firm:

The most pertinent information to pull from these tables is the vast difference in engaged users, comments, shares, post impressions and page impressions, as well as the total numbers of page likes, which experienced relatively small growth over the entire 14-month period.See below for a visual representation of Variable A: 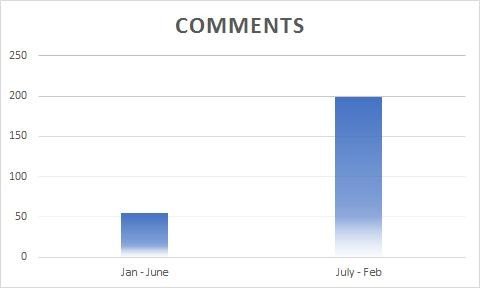 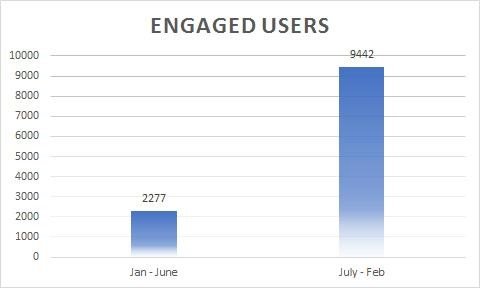 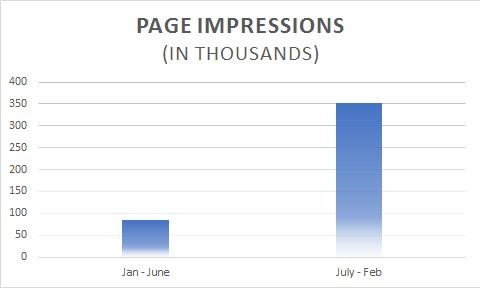 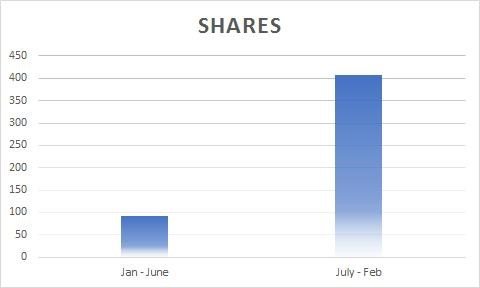 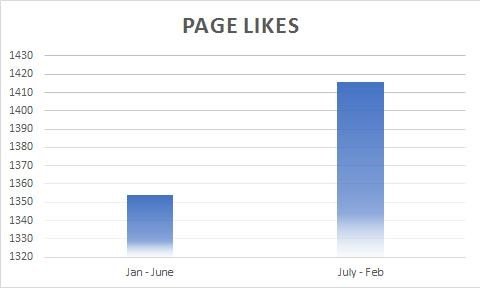 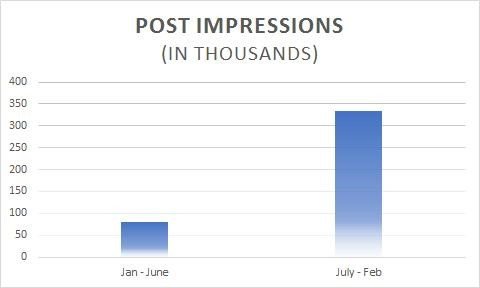 Now let’s look at the number of leads collected during the two time frames with a direct Facebook referrer.

For the first seven months, XYZ Law Firm was focused on minimal posting and boosting, with an occasional lead effort (for example, conversion ads, custom form lead ads, etc). The page received meager activity and returned only a few leads. However, it is important to note that XYZ Law Firm’s overall ROI from social media for that time frame remained acceptable. Invest a little, get a little back.

Beginning in August a new strategy was implemented that focused on building the page in terms of engagement and followers. It was thought that lead efforts would be of lesser value if the page didn’t appear active and engaging with XYZ’s community. So that was step one in an effort to improve the social ROI.

The first three months focused on social engagement and little else. The goal was to increase the number of followers and build a thriving page that showcased the firm engaging with their community. Following this effort was an aggressive, lead-driven campaign. The firm was pleased with the results. The ROI improved dramatically. The cost per lead (CPL) decreased by over 56%, which saved XYZ Law Firm a great deal of money.

Why Is Social ROI Important?

Time and time again, we hear stories of firms running ads on social media, whether on Facebook, Twitter, LinkedIn, etc., who are dismayed at the results. Most times when we audit their public presence, there is little going on, very few followers and limited engagement. It is important to remember that each ad contains a link to your law firm’s public profile. The effort you put into it, or lack thereof, is just a click away!

We urge your firm to take this into account if you’re looking to dive into social media marketing. It can work very well with the proper approach. There are leads to be gained, but only with a thoughtful strategy in place. What’s your firm’s social media strategy?